What is shadow work?

Shadow work is one of the fundamentals of personal growth, healing and personal transformation. Also known as inner child healing, shadow work engages our personal “dark side”, parts of our personality we’ve compartmentalized and deemed unworthy of being seen by others.

Psychologist, Carl Jung, who is widely recognized as developing the concept of “the shadow” is often quoted as saying, “How can I be substantial if I do not cast a shadow? I must have a dark side if I am to be whole.”

During this workshop, we will explore the dark parts of ourselves we have suppressed, chosen to keep hidden and unpack the ways we’ve vaulted these qualities. We’ll also explore how our shadow sides are currently affecting our lives.

Why is it important? 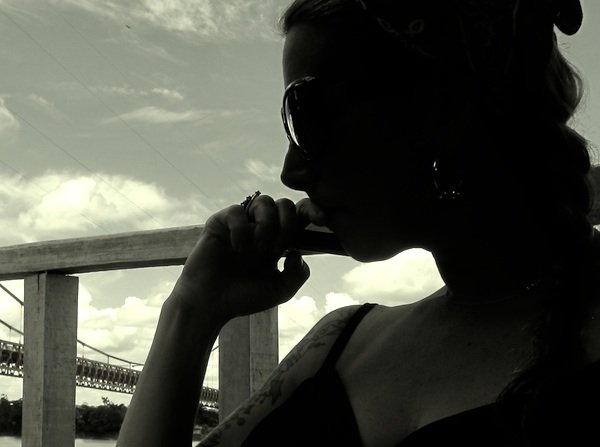 The shadow self can be found at the root of many mental health issues like depression and anxiety, as many of us find ourselves wrestling with parts of ourselves we fight to keep hidden. If our shadow goes unchecked, we learn to resent and hate these parts of ourselves, which impacts our view of self and can affect how we treat others in our lives.

How does this workshop work?

This workshop is adapted from a powerful 30 Day Shadow Work Workshop I host multiple times a year.

During the Greater Reset, I am offering two 1.5 hour lunch sessions, each building off each other completing a 3 hour exploration into your shadows, packed with tools, techniques, feedback and strategies to help you start to process and integrate your shadows.

Day 1 will take place on Thursday, January 19th. During the first session we’ll explore the nature of shadows, focus on identifying those hidden deep within you, look at the masks we wear to hide them and start processing how they show up in our lives. I introduce a set of dynamic tools during day 1, that you’ll be able to use on your own time to go deeper.

Day 2 will take place Friday, January 20th. During the second part of the workshop, we’ll look at the power of the subconscious mind, identify patterns, and be introduced to a powerful gestalt technique to help you befriend and align your subconscious voice. We’ll also turn our attention to judgment, shame and triggers and learn how to unhinge the shadows attached to each of these. Finally, I’ll present a powerful tool to help you reprogram your unconscious patterns and beliefs, a scientific method utilized by many top coaches, psychologists and counselors.

The fee for the two day workshop is 1000 pesos, You must attend Day 1 in order to progress to Day 2.  Resources, hand outs and tools will be provided.

The tools for this course are the prompts, activities, challenges, exercises used during this workshop.

You will be able to self-direct your own exploration during the course in a facilitated safe place and have all of these tools to use again and again if and when you desire to go deeper.

Time:    During the Thursday & Friday Lunch break, on the lawn.

Cost: Your investment for this workshop is  $1000 Mexican Pesos About your workshop host:

As a result of the 2008 California economy crash, Liberti closed her Los Angeles based branding agency. Liberti and her then 9-year-old Miro decided to “be the change” instead of victims and chose a life of adventure.

After, selling all of their possessions, Lainie and her son hit the road for what was to be a one year adventure in 2009. After thirteen years and almost 50 countries, the pair calls Guanajuato, Mexico their home. Lainie chose to educate her son Miro through the world, facilitating rich experiential learning, cultural immersion, volunteering and leadership as his school. We call this worldschooling.

Liberti has spoken about worldschooling on the TEDx Edu stage in Amsterdam, written about learning through travel for multiple magazines, academic journals, and web sites including International Journal of Education, Journal of Unschooling and Alternative Learning, People Magazine, Huffington Post, USA Today, The New York Times and The New York Post and has contributed to several books on the topic of worldschooling.

Lainie Liberti is the founder and creator of Transformative Mentoring for Teens that launched in early 2020 offering virtual 1:1 coaching for teens as well as a 12-week course designed to transform lives. Lainie is a certified life coach, specializing in transformational coaching.

In addition, Lainie founded Project World School Family Summits, where she’s produced 9 in person international conferences for hundreds of families across Europe, Asia and Mexico since 2016.